Are you wondering whether you’ve got the resources to make video?

Is there a set procedure that most people follow?

In this article I look at why video is accessible at all levels . . . but you have to begin!

In the late 1980s, aged 11, I discovered that our new neighbours owned a camcorder. There was something very alluring about this state-of-the-art device and its magical function of being able to record directly onto VHS tapes, which led to me asking if I could borrow it. Yes, they were trusting, kind and tolerant (because this became a habit). 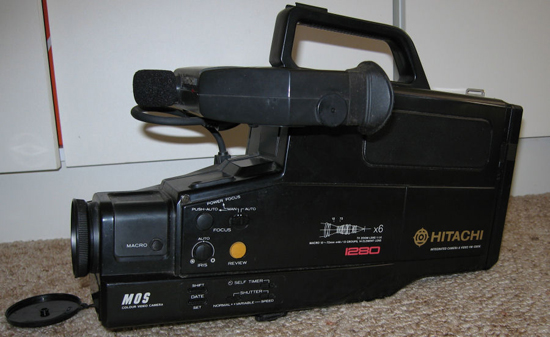 Once the camera was loaded with a cassette, without a care in the world I would start filming. First my subject would be flowers in the garden or the house, and then pets and finally any people who wouldn’t get upset with having a camera pointed in their faces.

Of course this is step one of possessing a camera: you play around and perhaps watch it back on a television or monitor (with a few other viewers if you’re lucky). Great fun!

Fast forward to today’s world of smartphones and it’s a similar situation. There is a camera on the phone just waiting to be used and pointed at anything we please. While we can review the footage on our phones all too often this step is skipped in preference of publishing it to the world (via social media, YouTube channels). This is frighteningly easy. 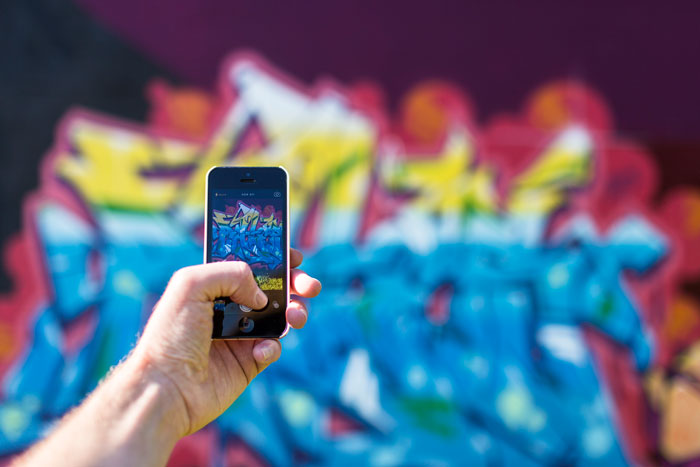 Creating a Video Doesn’t Have to be Complicated

I haven’t talked about scripts or actors, or assembling a team. There was no budget, yet a video has gone live . . . with potentially a global audience.

So the process of making a video varies. At one end of the spectrum we have Hollywood films that take years to produce and have a ridiculous number of steps, and then at the other end we have video diarrhoea!

Find the Level of Complexity that is Right for You

Going back to my original story of making videos, the production values started to soar as I became more ambitious. I would actually think before filming! My cousin and her friends would be duped into appearing as superheroes in my home movies, which I would then edit.

Whether you are getting into video marketing under your own steam or outsourcing it to a production company, the likelihood is that you will eventually strive to take things to the next level.

Any production can be split into three parts:

These are ‘loose’ categories because, again, it is really a case of how long is a piece of string.

Let me just skirt over the basics (because I’m assuming you’re not reading this in the hope of making the next Oscar-winning film!).

This should always involve:

– Assessing where the video will be viewed

– Considering what the key messages or takeaways are

– Deciding how you’d like your audience to feel after watching the video or what action you’d like them to take etc.

This information allows you to come up with ideas for how best to deliver this message.

A script can be written based on the concept and, depending on the size of the production, a storyboard may also be drawn up. This communicates to everyone what is involved so there is no confusion later in the process.

Then it is down to logistics, the practicalities of getting the right people and equipment to the given location.

This is all about capturing the raw material that has been detailed in the planning stages. When this has been well prepared, there should be a shot list and a realistic amount of time to get everything that is required.

All productions need a camera and usually the ability to record sound. At a basic level one person can handle this but it does become a challenge to monitor all aspects of the production, particularly if lighting is required and there’s anything out of the ordinary.

The teams often get bigger as you try to achieve precise results (which may require more equipment and specialists).

This is where the raw footage is knitted together to make sense and resemble the initial concepts.

Extra elements such as music and graphics can be added. By this stage the production should really be taking shape.

What Process Will Result in My Video Getting Views?

There is no hard and fast rule. We all know how popular animal videos are on YouTube and they are almost always shot with a phone.

Alternatively John Lewis spends millions on their Christmas campaigns, but that also seems to give them a return on investment.

What is most important is that the video has good content, something that people want to watch.

In conclusion you have to find the process that is right for where you are and depending on what you’re trying to achieve.

Pouring all your time and resources into one video is probably not a good idea. Set a frequency of videos and stick to it. Quantity and consistency is important in getting views. The balance is making sure that your audience is engaged by your videos. This is not achieved by production values alone.

What process works for you when producing online videos?