Sound is a curious thing. If it’s done well it becomes part of the overall production and nobody really notices it. If it’s done badly it sticks out like a sore thumb and it makes a production hard to watch, perhaps because of the concentration that is necessary in order to make sense of the speech. What is more likely to happen is that the viewer will just give up and stop watching. So improving the sound on your production is a big step.

It starts with your equipment. There are very few ways to improve your sound if you are forced to use the built-in microphone on your camera. This is because that microphone is normally poor quality, it’s not at the optimum point to capture sound from your subject and it quite often picks up sound from the camera itself, so…

Make Sure Your Camera Has an External Microphone Socket

For a budget camera you will be looking for a mini jack connection (3.5mm). 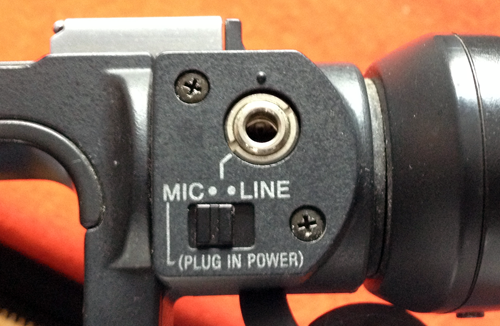 If you’re more serious you will want XLR inputs (and Phantom Power). This gives you a much wider range of professional microphones that you can use. 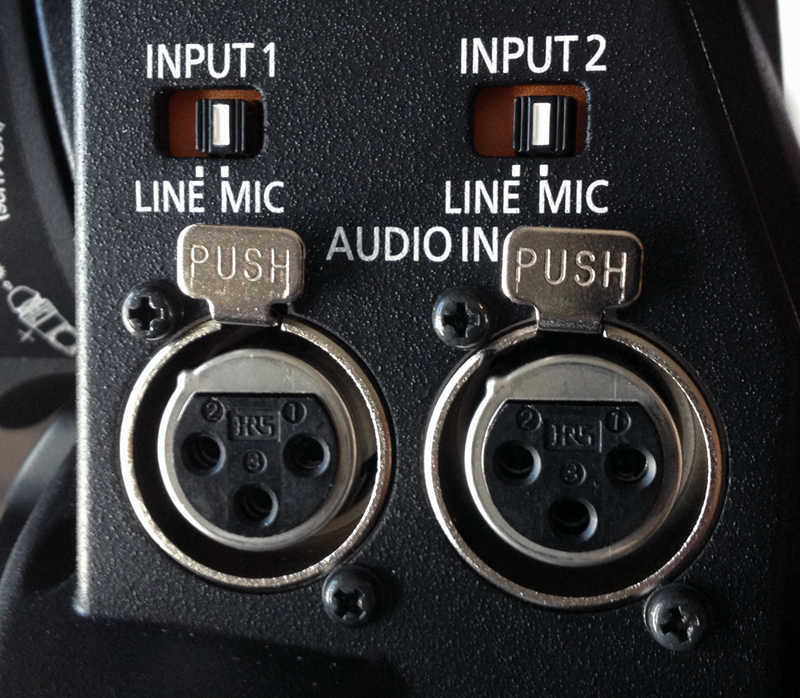 It is possible to buy interfaces for small camcorders, such as the Beachtek DXA-2T (affiliate link), which screw in under the camcorder and allow you to bolt on this XLR capability.

It’s not about spending a fortune because there are some great value microphones on the market. It’s about selecting the right microphone for the right job. There are many microphones from which to choose, but if you’re starting out there are two which are used a lot. One is a directional microphone (such as a cardioid) and as its name suggests it’s designed to pick up the sound in a very selective pattern in front of it. While it will pick up some sound from the sides and a little at the back the majority is where the microphone is pointed. Thus it becomes a useful tool in isolating the sound that you actually want to hear! At Regen Media we use Rode kit and specifically the NTG1 (affiliate link). The second microphone that could be a solution is a lapel (or lavalier). In this situation the microphone is clipped to the subject and, due to its small size, it is barely visible in the shot. It’s most suited to indoor use and is seen clipped to the ties and collars of many newscasters. A big advantage is it can be wireless, such as the Sennheiser EW112PG3A kit.

Frame Your Shot First and Then Set Up the Microphone

Where the microphone is positioned makes all the difference and as a general rule, the closer it is to the subject the better. You can get too close (normally under 15 cm, depending on the microphone), which will mean distortion or levels fluctuating drastically, but in practice you don’t get the chance very often! That’s why you need to frame up before you bring in the microphone. Most of the time when you are using a directional microphone you are angling in from above or below. Allow the microphone to come into shot and then take it just out again. This method should produce great crisp results.

Reduce the Unwanted Sounds (Where Possible)

Not all sounds can be controlled but many can, so access the individual situations. A sound recordist becomes adept in isolating the many noises that combine to form the location ambience. In most cases, you desire to reduce this background sound to a minimum or constant so that it doesn’t become distracting and also pose any problems in the edit. Let’s start with the sounds you can control. Make sure all mobile phones are switched off. If there’s music playing, ask if it can be switched off while you record. Shutting windows and doors can often reduce a lot of the unwanted sounds. There may be situations where you feel awkward asking people to stop what they’re doing for a few moments, but it’s worth the effort. People are generally helpful so long as it’s not too disruptive to what they’re doing. When it’s something like a plane or train going by, then waiting is often your best bet. Wind noise is something to expect if you’re shooting outdoors so make sure you’ve got a windshield like the Rode WS6 (affiliate link). Also be wary of handling noise. Part of this is down to the kit, and using shotgun mount (affiliate link) and boom pole will minimise rustle. The other part is down to keeping the microphone still during the takes. The key is to do what you can at the time of recording because arriving in the edit suite with good quality audio makes life so much easier.

Monitor the Sound as You Record, Then Listen Back to It

It may seem obvious but if you’re not listening to the sound you’re recording, you are guessing and that is a recipe for disaster. Monitoring with a pair of headphones you will be able to get a much better feel for where the microphone should be positioned and exactly how things are sounding. Adjusting it even slightly will have an effect. Getting your actor or presenter to rehearse is a good idea so you can be confident everything is set up correctly.

In an ideal world one member of your team will be in charge of recording sound, keeping an eye on the levels and flagging up any audio anomalies as they happen. Reviewing your sound on the location is also a very important check to perform and can allow you one final chance to spot any problems while there is time to fix them on site.

Even if the actor or presenter is performing perfectly, it’s a good idea to do a few takes. This can give you options in the edit suite if you need to use sections of sound from each take. It’s surprising how often this can be useful. Another habit that’s good to adopt, is to make sure that you are recording sound a few seconds before the action begins, which will mean you don’t miss a thing.

Before leaving any location you should record an atmosphere track or ‘wild track’. For this, you need to make sure that your crew keep quiet and that you record the ambient sound for at least 30 seconds (which should be a long enough section to loop). The main reason for this is that it gives you options in the edit. Should you need to patch the sound or in the worst case scenario recreate the situation, it will at least give you a starting point.