Architect Elrond Burrell launched his lively, plain English blog on Passivhaus last year. So what has he learned from a year in the blogosphere? 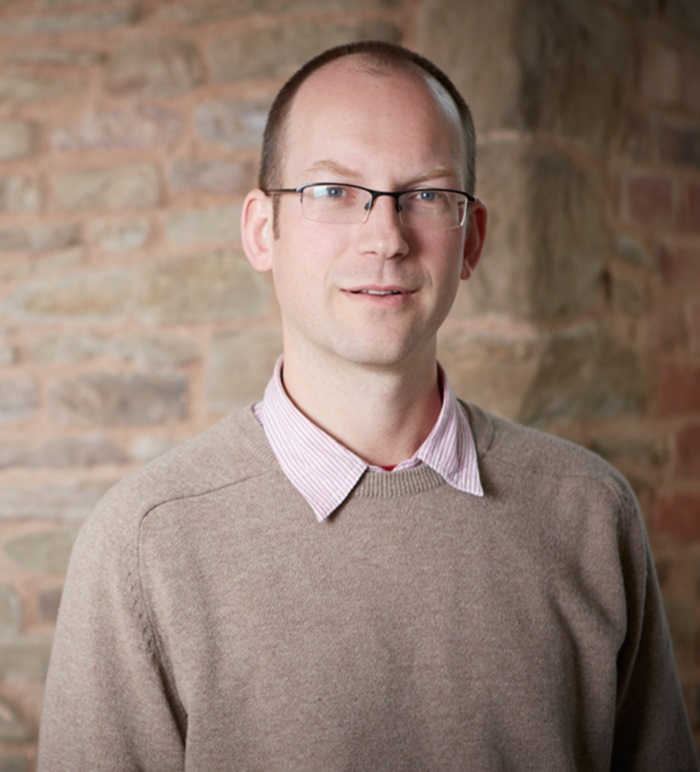 Elrond Burrell is passionate about designing buildings that are affordable, comfortable and healthy to live in – and which have the minimum impact on the environment. It’s a passion he puts into practice at the firm where he works, Architype. They’re one of the UK’s leading Passivhaus and sustainable architecture companies.

He’s long been an active and outspoken participant on social media, interacting and commenting regularly on matters of environmental and sustainable design. It was this evident passion that saw his peers prompt Elrond to start his own Passivhaus blog.

“Because I was active on social media anyway, establishing relationships with others in the industry, I found myself commenting on Passivhaus and sustainable building a lot,” he said.

“A couple of people said to me that it was unusual to have someone who was so knowledgeable and outspoken about Passivhaus and suggested I do something for myself. That was what really prompted me to think about blogging.”

Elrond loves to write. In fact, he goes as far as saying that if he had an alternative career, it would be as a writer. But if you think that made starting a blog any easier, you’d be wrong.

“There was a lot of deliberation when I started thinking about writing the blog,” he said. “It took me a long time before I published anything.

“My main concerns were about what I could and couldn’t write about in a personal capacity. The blog is a personal project, so I have to be careful not to write specifically about Architype, clients or projects I’m working on.

“That conflict between work and personal opinions was a tricky line to tread – and there are still some grey areas. It took a few months of thinking about that before I got the guts up to publish.” 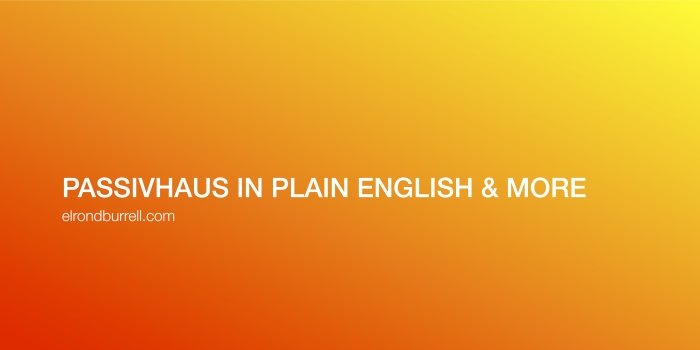 Elrond’s second concern was what to write about. So he embarked on the ambitious task of scheduling ideas – one blog every two weeks – for the entire year. Each one would be based on questions or challenges he encountered around Passivhaus and would provide a few key answers.

“What always interests me is when you work with clients you hear the misconceptions and misunderstandings people have about adopting Passivhaus. So these were a great starting point.”

With the planning in place, Elrond stepped into a brave new world of blogging. And here are 10 key lessons he’s learned:

It always takes much longer to write than I anticipate. I’ve had to learn to tone down my perfectionist streak. Early on, I was drafting something, then editing it, then worrying whether I should have done it in a different way. What I’ve learned is that at some point, you say ‘it’s done, it’s good enough’ and you hit publish.

I decided early on to publish a post every two weeks. And having a schedule for this was important for two reasons. Firstly, it meant I did it – otherwise it was too easy to put it off. Secondly, reliable, regular posting helps people get engaged because they know something is coming. The most important thing is to keep going. Regularity is as important as the quality of your work.

Working with other people is beneficial in terms of generating different quality of content. I’ve done two interview-type posts with a structural engineer and builder. I use their comments to reinforce my message, help flesh out my own ideas and get a good synergy between their words and mine.

I wrote a piece called, 10 Things I Hate About Passivhaus. It was kind of tongue in cheek and based around the film 10 Things I Hate About You. In that film, through hating each other, two characters eventually fall in love. The blog was similar. It said that in order to adopt Passivhaus, you need to get to know it first and change your mind about a few things. It caused a massive stir, with triple the normal traffic. But I’d be cautious about being too attention-grabbing. I’d rather get people who want to get involved in the subject rather than those just looking at the blog because of a controversial headline. 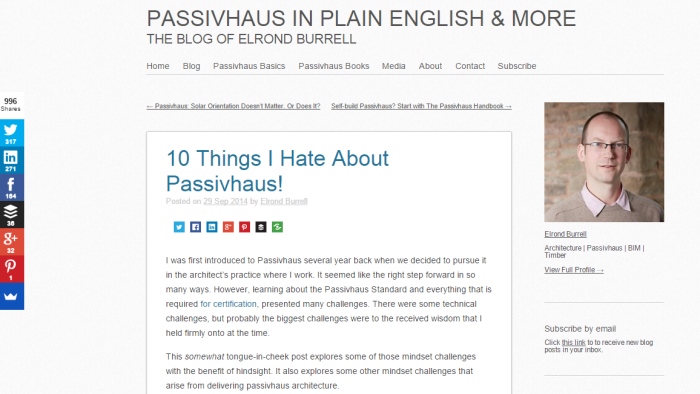 I find it easier – and I write better – if I spend time getting a clear idea of what I want to say before I start writing. I’m also a fan of writing in small chunks and then checking they all fit together at the end. So I’ll tackle the intro, make sure I’m happy with that, then each key point, and then the summary. Then I’ll give it a final proofread to check it flows well.

It’s really important to write shorter sentences. With technical subjects, it’s easy to have a long, in-depth style. But actually, in terms of getting people to read what you’ve written – and feel it’s fast paced and easy to understand – it’s better to write punchier sentences.

At the beginning, I tried to establish who my target readers were, which helps me to keep my posts relevant and engaging. I established that my readers would be either self builders, architects or design professionals looking for information on Passivhaus, or corporate clients keen to find out more. I’m also trying to provide resources that take Passivhaus back to basics to see what response I get. I want it to be an evergreen resource for people new to Passivhaus, to try and extend the blog’s reach.

I had the idea of reviewing Passivhaus books quite early on, where I’d take out the key points and get people to think about them. So I wrote to authors who had published an English language book on Passivhaus and asked for a review copy. It’s been great on a number of levels. You establish a relationship with the author, who’s an influencer in the sector, you get a free copy of a book you’re interested in, and you bring a new audience to your site.

I found that once I got going, I was overflowing with content ideas, so I’ve barely referred back to my original list. It’s important to make a note of good ideas when you get them – or you’ll forget them later! I’ve got so many things to write about now, that I can’t possibly fit them all in. I’ve also learned to borrow ideas from other disciplines. Lots of Passivhaus writing is quite insular, but I want to push the boundaries of understanding Passivhaus and get it out to a wider audience.

I recently added a pop-up to the blog, which displays when it looks like you might be leaving the site. It gives people an easy opportunity to subscribe and has increased my number of subscribers considerably. I’m also using MailChimp to send a newsletter out when each post gets published. While the mail used to just be a summary of the blog and a link to it, I now write a few paragraphs of original content that share my thoughts on various conversations I’ve had or my thoughts on projects I’m working on. I refer to it as ‘insider information’ – although I don’t share any specific details – and it is an experiment to see if it entices more people to subscribe and feel privileged as a subscriber.

You can read and subscribe to Elrond’s blog at elrondburrell.com