Lloyd Alter is an acclaimed, entertaining and sometimes-controversial blogger. His most popular post racked up a staggering 2 million views in two days. His work never fails to deliver on personality and passion – and here are his tips on how you can do the same 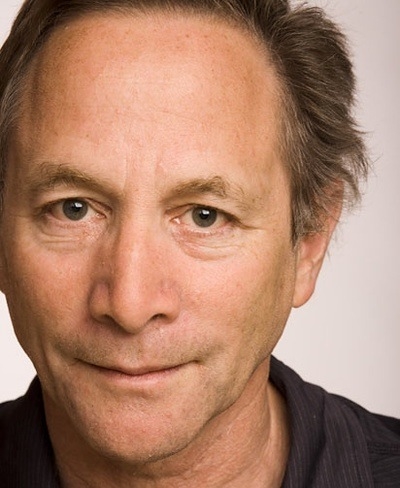 If you’re looking for advice on blog writing, who better to turn to than Lloyd Alter. He’s been blogging successfully about architecture and energy efficiency since before blogging software even existed.

Whether he’s praising the latest Passivhaus building or robustly challenging common opinion on net zero energy, his work never fails to convey his personality and passion.

The two ‘P’s are the Holy Grail of good writing. The secret ingredient most bloggers strive for, but can’t achieve. In a moment, Lloyd will share his secrets.

Before that, some background on Lloyd. He’s been an architect, developer and prefab promoter. And it was when he became the latter that he decided he needed to promote himself – and turned to blogging.

But this was before the days of WordPress, Tumblr and Blogger. So he was coding in HTML every day, just to get his message out there. By blazing a trail in this way, he became the go-to internet expert on prefab.

Lloyd was a big fan of TreeHugger when it launched in 2004. He liked what they were doing and decided to send them some tips and articles. After a few years freelancing, they asked him to write for them full time.

“Suddenly, I was a successful blogger instead of a failing prefab salesman,” said Lloyd.

He later became managing editor, but decided to return to being a writer. “My posts attracted the most page views,” said Lloyd. “So every time I edited rather than wrote, it was costing me page views.”

Now, Lloyd’s busy career includes writing for TreeHugger, MNN and The Guardian, along with a host of other lecturing and educational commitments.

Lloyd’s unique style and left-of-centre viewpoints bring him a huge number of page views and repeat readers. So what does he believe is the secret of good blogging?

“It sounds like a cliche, but it comes down to having something to say,” he said. “You’ve got to have some expertise in what you’re talking about and you have to be passionate about what you’re saying.

“Too many blogs simply slam things up for the page views. Because we’re an advertiser supported site, page views are extremely important, but you have to be careful. I think it’s a mistake to write something just because you think it’ll be popular or go viral, rather than saying something that you really believe.”

That’s not to say that it doesn’t pay to challenge popular opinion from time to time.

“I sometimes take contrarian positions because sometimes I’m contrarian and don’t agree with the common wisdom, particularly on all this smart home technology – even on all kinds of issues,” he said. “Sometimes people come just to see that.

“But overall, the reason most people read my work is because they tell me I make things really clear and simple to understand. It’s not like an architect talking to an architect, which god forbid you never want to be in the middle of! I have the ability to take a complex subject – be it energy efficiency or Passivhaus – and make it understandable. That’s what I try to do more than anything else.”

So what techniques does Lloyd use when he sits down to pen a post?

“I see a concept, get an understanding of it and try to convey it,” he said. “I’ve become passionate about Passivhaus, for example, and really negative about net zero energy.

Good Writing is an Art

“Explaining net zero energy is really hard, because there are 50 different definitions running around. That becomes a sort of art – explaining new things to people who don’t normally read about them.

“I also just did a post about a report that patted everyone on the head because the US is using half as much energy per person as in 1980. It was based on energy use of new homes per square foot. But the size of new homes has doubled – so energy use has gone up 50%! The whole thing was almost fraudulent. We’re spending more on energy efficiency, but totally just standing still.

“So I took this subject and distilled an 80-page report into 80 words. I took the reader through the report and a bit of history. But I didn’t just report on it, I added an opinion – that it could be looked at as either a glass-half-full or glass-half-empty story.” 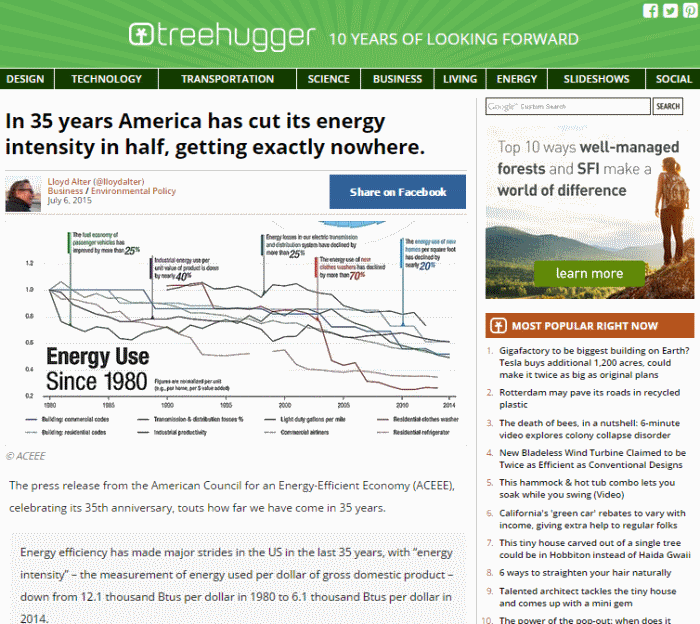 It’s these passionate views that make Lloyd’s writing so successful. But he says it is possible to give away too much of yourself.

“I’ve had some quite vicious attacks sometimes about saying too much of what I think and not enough about the story,” he said. “But I have lots of repeat readers who come to expect this. Last week, someone said: ‘I can’t believe it, I’ve agreed with Lloyd Alter on two stories this week!’ I like it when I get that.”

Here are Lloyd’s five top tips for injecting more personality and passion into your blog writing:

It’s an old political line which says don’t go trying to dig out people who would never vote for your party. I used to write about anything I thought I could write about. Now, I write about design, housing and technologies that I understand – I write about what I know. I think that’s really important, especially when you get established as a writer.

This is important. It’s really difficult to write a lot and broaden your exposure if you don’t keep learning and reading.

I have half a dozen posts where I’ve totally changed my opinion on lots of things over the past few years. Other people have written things that have opened my eyes and changed my views. And it always makes a great post when you admit you’re wrong. People like it when you say, ‘you know what, I was wrong about that’.

This is a technical one, but so many people work on tiny notebooks. I normally hook my MacBook up to a 20-inch monitor. When I do have to work on a smaller screen, my productivity takes a huge hit.

The post Lloyd is proudest of is one he wrote last year titled ‘In praise of the Dumb Home’. “It built and built and continues to build,” he said. “It also got me on to the lecture circuit and led to work on MNN.”

But however experienced and popular you are, sometimes it’s hard to put your finger on why some posts capture the Zeitgeist.

“The most popular post I ever wrote was about mirrored glass tree houses in Sweden,” he said. 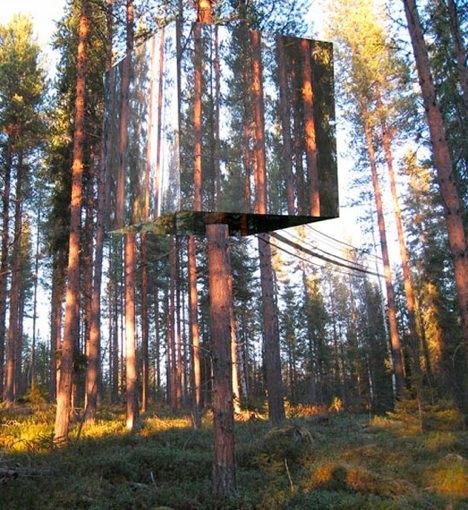 “It happened to get picked up and put on the front page of Yahoo. It got 2 million page views in two days and completely broke our site! There was nothing terrific about what I said, and nothing that really made a difference and yet it was by far the most popular.